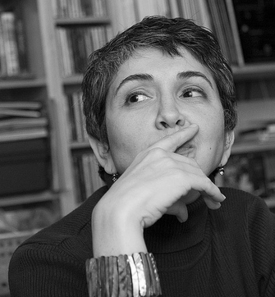 So now we find out the details on how the Big Hormone Scare of 2002 was seriously overblown. Some voices were raised, at that time, about the flawed methodology used to draw those early conclusions from the Women’s Health Initiative, but they were effectively drowned out by the panicky stampede of newspaper ink jumping on the story of how something everybody thought was good for women – the use of hormones later in life – was suddenly bad.

We’re seeing a repeat of this process with the bash-Avandia bandwagon in the present day. It may indeed turn out that there are serious problems with Avandia – but then again, there are still open questions. None of that seems to give pause to the rush to judgment – particularly if it gives a chance to gain headlines, and bash Big Pharma.

Personally, I thought that the hammering of Tysabri a few years back, and its temporary withdrawal from the market, was a major mistake. But it was great fear-mongering and sold papers, so the knee-jerk crowd carried the day.

All this is to say that we need to cultivate some skepticism about this process. Taking slices of data and turning them into major crises may be great for journalists, but it’s not good for medicine. There are plenty of skeptics who have their guns perpetually aimed at this industry – people who figure that Michael Moore must ride a white horse, and that the only evil agenda is to be found within corporate boardrooms – but that is naive. We need to reject Kool-Aid drinking in either direction, and press for solid presentation of facts and honest analysis of data. Everyone – CEOs, doctors, bloggers, journalists, film-makers, regulators, authors, politicians – has an agenda. Maybe the most difficult discipline of all is keeping a cool head and waiting for the truth to sift out.

[Speaking of being skeptical, take a read of this article from a pro-pharma blog, DrugWonks. The premise is that sampling is good, because it gives access to newer medicines, and it quotes from a “study” purporting to show that there are longer life spans in states where there is better access to newer medicines. Here is the article referenced. I’m having a very difficult time swallowing the idea that this study has truly addressed all the relevant variables, and managed to pinpoint with such precision that better access to more-recently approved medications explains the life-span differential between states. Something about this whole premise does not pass the smell test.]