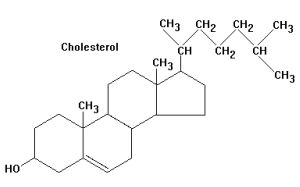 What a week it was for cholesterol! It was Lipidemia Rollercoaster – here’s a summary.

First, the kerfuffle with Vytorin. As you have probably heard, Merck and Schering-Plough have been roundly criticized for stalling on bringing forth clinical data from a study of this combo cholesterol treatment. This study focused on one small niche group, and the clinical end point in the study design was to measure plaque thickness in arteries (Vytorin vs. just simvastatin). Well, no significant difference was found, and survival rates were not significantly different either – so there was this big hue and cry over Vytorin being a failure.

Maybe the study was a failure, but Vytorin does, in fact, effectively lower “bad” cholesterol, which is kind of the point – it does what it is supposed to do. It would have been nice to see increase in survival, but these results do not make Vytorin a “bad” or dangerous drug. Some of the reportage around this study has been really poor, sensationalizing the study results to make it sound far worse than it is.

Nonetheless, this will probably have significant impact on Vytorin sales – and, Peter Rost has been hammering on Schering-Plough over on his blog with some themes related to this whole mess. And even Congress is weighing in!

But that’s not the whole news. In fact, statins are now being viewed as potentially a great therapy for diabetics! This study is really quite encouraging.

But wait…there’s more! Have you ever wondered if perhaps we’ve gone too far battering down “bad” cholesterol, and exalting “good” cholesterol? Have you ever found yourself thinking that perhaps – just perhaps – our bodies actually know what they’re doing with this HDL/LDL business? Then here’s a great one for you – the benefits of cholesterol, including its role in building muscle mass! Pass the steak sauce, dear!

Not enough yet? Need more? Here’s the biggest read – a great analysis from Business Week, entitled Do Cholesterol Drugs Do Any Good? This one even gives you some talking points at the next social gathering, and you can look very cool by explaining statistical NNTs of 1:100. But then, read the thoughtful comments below this post to get an even broader perspective.

OK, one last thing. Folks are beating up on Dr. Jarvik, Pfizer’s Lipitor spokesman. Seems that a fine line has been trod with the good “doctor” – personally, I think the whole thing is overblown. And here is a NY Times article about Pfizer’s battle to maintain Lipitor market share, in the face of generics.