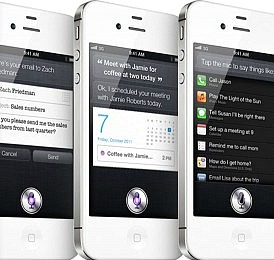 There’s a good reason I’ve become a huge fan of Apple products. Ever since its founding Apple has been determined to make the user experience better, more intuitive, more natural.

This week, Apple releases the iPhone 4S, and the most exciting aspect of this iteration in my mind is the voice recognition technology called Siri <— (great NY Times article by David Pogue – I urge you to read it). We are (finally!) moving solidly into the era where we start shedding the very unnatural interfaces of command lines, QWERTY keyboards, and mouse clicks, and begin (as Gene Roddenberry foresaw in Star Trek The Next Generation) using touch and voice – the way humans are meant to communicate.

What does this mean for us in pharma land? Well, the changes will be revolutionary over the coming 5 years, but let’s focus on one thing that concerns the training world – performance support out in the field.

Imagine employees being able to talk to their digital communication devices and retrieve needed clinical information, product specs, news, supporting videos, updated data streams – all on-the-spot and on-the-fly. Pipe dream? No – we have a lot of the raw capability already in our digitally networked environment; what we’re lacking is the intuitive interface and robust connectivity to bring it all together at the point of need.

And we’re almost there. iPads, Siri, Wi-Fi, intelligent search – you can see all the ingredients converging. And Apple has done more than any other company to stir in the magic sauce – intuitive user design that works.

Training is going to look very, very different in 2016. This is a great time to be along for the disruptive and magical ride!