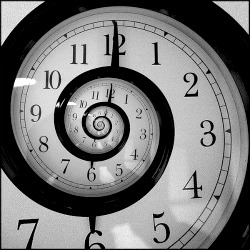 In a surprise end-of-year move, the Food and Drug Administration (FDA) has issued clear guidance about when it will issue guidelines about giving guidance for the use of social media in the pharmaceutical industry.

While industry pundits were expecting some form of actual guidance for the use of social media before year-end, FDA’s head fake and unexpected punt downfield left commentators scratching their blogs in confusion.

“This is a subject about which we must exercise an abundance of deliberation,” declared N. Tendto Stallmore, commissioner of pre-guidance guidance guidelines. “Before we give definitive tentative and ambiguous guidance, we first have to develop guidelines about that guidance-giving. As 2010 closes, we want to give you guidance now about that guidance-guideline process.”

When asked what precisely this pre-pre-guidance actually was, Mr Stallmore stated, “Well, it’s just going to take a while longer. We’ve had a year to consider the guidance-giving process, but the preliminary guidelines are still under internal review. Then there will be a period of public commentary on the guidelines for giving guidance, before we solidify those and then move on to the guidance itself. Right now we’re thinking 2Q, and you can fill in the year.”

Industry blogger and gadfly John Mack questioned whether social media would still even be around once this entire process was complete. According to Stallmore, “That is one of the scenarios we’re mapping out in the guidance-giving guidelines, which may push the process back even further, since we now have to develop course-correction guidance guidelines in case the marketplace changes at any step in the process. We’re expecting to employ a multi-variate co-extensive re-feedback null-defying loop to help us develop on-the-fly guidelines about guidance for the guidelines that will shape the guidance. Am I making ourselves clear?”

In other FDA news, it was announced that pre-marketing approval has just been granted for sulfa drugs.