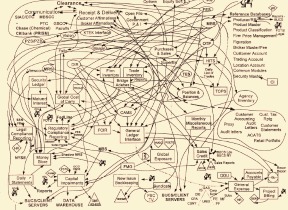 After numerous delays attempting to issue guidance documents regarding pharmaceutical social media, the FDA’s DDMAC division has finally thrown in the towel and decided to outsource the task.

“We figure they’ll get some smart people in a room and hammer this thing out in about 3 weeks. That’s the FDA goal: timeliness and efficiency!”

Pharmaceutical marketing executives were initially ecstatic, but enthusiasm rapidly cooled as Ropee began to explain the process of selecting a CGO for the project.

“First, we have to do a feasibility study to analyze the potential for a needs assessment, after which we’ll require a full market landscape analysis to narrow down the potential suppliers according to specifications not yet developed by the Directorate of the Division of Specification Development, which will then be followed by a pre-publication analysis of possible public commentary paths seeking input on potential information-gathering procedures, including a full re-analysis of the unpublished data from the incomplete guidance not published in the ’90s about the Internet, which will be followed by – don’t hold me to any time frames now – a review of all current, past, and future…”