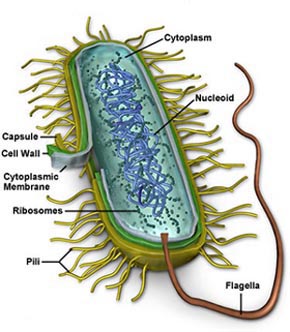 It’s really unfair. All this bad press about gram-negative bacteria. Would you feel different if we were gram-positive? Well? Would you?

Here we are, just bumping along, doing a little harmless infecting of human hosts, and WHAM! – we’re suddenly the bad guy in all the newspapers.

So we occupy a little space in J&J’s Tylenol factory. Look, we’ve got to live somewhere, right? You going to consign us to some bacterial ghetto, like a BP oil rig, or maybe HoHoKus, NJ? But no – as soon as people find us near some kids’ medicine, everything shuts down and we get kicked out.

Hey, what would you rather have in there, bubonic plague? We’re just gram-negative, for crying out loud, trying to replicate like everyone else.  So what if we’re not positive like those other bacteria – everybody needs a little gram-negative, and whatever happened to diversity in the workplace? Who’s next – gram-neutral?

Go ahead, recall your medicines, and blame us. We’re always the bad guy. So we have lipoproteins attached to our polysaccharide backbones. Does that mean you can just dismiss us as unworthy pathogens? How many of your other bacteria can boast of sporting a cytoplasmic membrane?

But, I get it. We’re just lowly producers of cytokine reaction, and thus, we’ll always be misunderstood. But one day, you’ll wish you had some gram-negative to blame in your facility, instead of faulty SOPs or lax compliance records. Go ahead, bring on the Lysol. Just remember – we’ll be back!