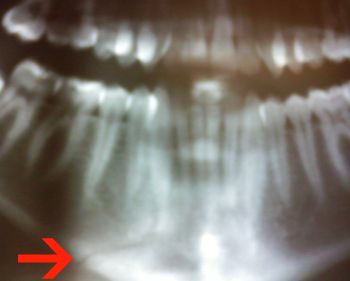 This blog focuses, generally speaking, on the pharmaceutical industry. It is mostly instructive and informative (and, at times, entertaining) in focus. However, on this occasion, I’m going to “out” a healthcare organization for its atrocious service. All of our efforts to resolve this quietly and reasonably have come to naught, so, Hackettstown Regional Medical Center (HRMC) and Hackettstown Emergency Association (HEA), listen up.

First, the events and the facts:

In October of last year, one of our sons was injured during a high school soccer game. He was brought to the Hackettstown (NJ) Regional Medical Center for treatment. Here is how things unfolded:

10/15/07 Our son was kicked in the jaw during a high school soccer game.  He was bleeding and, for a while, unconscious.  He was transported to the HRMC emergency room.

When my wife arrived with her mother (a retired head nurse, by the way), Dr. S___ told her that the patient had just finished having a CT scan done on his head and an X-ray done on his jaw.  They were later informed that both CT scan and X-ray had come back negative. That was a relief; though he was still in lots of pain, we could bring our son home.

10/16/07 The following day we brought our son in to see our pediatrician, as was recommended by Dr. S___.  He checked him and recommended that we see an oral surgeon if he had any problems with his teeth. We also brought him to our dentist, and he recommended allowing 2 weeks for the bruising of the tissues to heal (we told both of these doctors that the CT scan and the x-ray had been negative).

10/31/07 Our son was still in a great deal of pain in his jaw, so we brought him back to the dentist.  He saw evidence of an abscess and said that he should be seen immediately by an endodontist.

11/01/07 We took our son to the recommended endodontist.  He did an x-ray of the jaw and found an obvious fracture (see picture below) that went up into his tooth.  He was amazed that the ER had not found the fracture.  For two weeks, he had been (painfully) eating and going about his activities with an undiagnosed broken jaw. He said that our son should be seen by an oral surgeon as soon as possible.

11/02/07 We took our son to the oral surgeon.  He also x-rayed the jaw and found the fracture (note: I used to work in the radiology field for 10 years, and the break was obvious – but anyone with two eyes could see the fracture on that film). He was equally amazed that the ER had not found it.  Because over 2 weeks had elapsed since the accident, he recommended a complete liquid diet for 3-4 weeks. If the treatment did not work, then surgery would be necessary.  The oral surgeon also asked if he could have the hospital’s CT scan and x-ray sent to him so that he could compare them.

11/06/07 The endodontist performed the root canal on our son.

11/09/07 We had a follow-up visit with the oral surgeon.  He told us that the hospital sent over all the requested materials except any x-ray of the jaw.  Together we looked at the CT films which showed no evidence of a fracture.  We were puzzled by this.  We called the HRMC Radiology Dept.  They denied that the x-ray was ever taken.  Yet my wife and mother-in-law both clearly remember Dr. S___ speaking about a CT scan and an x-ray.  We then called the emergency room requesting to speak to Dr. S___.  He was unavailable, but we did speak with a very nice nurse about the situation.  She looked up my son’s chart and told us that according to his chart an x-ray was taken.  She said it was very odd that radiology denied having the film. She then said she wanted to check it out further and that she would call right back.  Two hours later, she called saying it “appeared” that the decision was made at the last minute not to do the x-ray, but that it was not noted in the chart.

Ironically, the films that were forwarded did include x-rays of my son’s clavicle and  shoulder, both of which were (thankfully) only bruised in the incident. But no frontal/saggital x-rays of his jaw, only some CT scans and a scout film? Hmmm…

The picture below, clearly showing the fracture, is from a camera phone pic of the x-ray on a light board!

Fortunately, the fracture healed by itself, and no further damage was done to his jaw by the two weeks between injury and detection of the break. The outcome could have been much worse.

The high school insurance plan covered most of the costs, although we ended up paying $100 to the oral surgeon. However, HEA decided to bill us for $286.13 for the HRMC expenses that were not covered by insurance (it appears that the HEA is the physicians’ organization that HRMC uses for staffing and billing, etc.)

We called to dispute this charge; as a matter of principle, we have not paid it, given the questionable care that occurred during our son’s unfortunate visit to HRMC. We also sent a detailed letter (from which the account above is extracted) explaining why this bill is out of line. Multiple follow-up phone calls have yielded only an unfulfilled promise that the billing office manager would get back to us. In the meantime, we sent back each bill with a note explaining that we’ll consider their bill once we have a response to our letter.

While we have not chosen – at this point – to pursue litigation for medical malpractice, now HEA is sending a nasty follow-up bill with threats of a collection agency, blah, blah, blah. I guess they think it’s hardball time.

Hey, people – you already collected lots of dough from the insurance company for what I can only consider as sub-standard medical “care” in this case. And now you want to keep billing us, without even the courtesy of responding to our (very legitimate) concerns? My son drooled for weeks over the prospect of eating solid food because of what went on at HRMC, and I’m sure there are lawyers that would drool over the prospect of doing some public exposure in a potential case like this.

“First, do no harm,” says the doctor’s code. Well, with your unresponsive customer service, let alone the missed diagnosis in the case of my son, you’re harming your reputation. My response? – to use my blog for one of the most powerful purposes of social media, which is to expose both good and bad business (and medical) practices. Hardball? We can play that, too.

So, powers-that-be over at HRMC and HEA, I have a simple question for you: what’s most important to you? $286.13? Or your reputation? I’d suggest a rapid apology and a shut-off of your billing machine. Pronto. And I’ll be happy to update this blog post if you decide to do the right thing.

The ball’s in your court.

(P.S. – in this new world of networking and social media, it’s really not a good idea to mess with customers, any one of whom might be a blogger. As of one hour after posting this, a Google search under the terms “Hackettstown Regional Medical Center” and “malpractice” brought up this post as the 2nd and 3rd search result…)