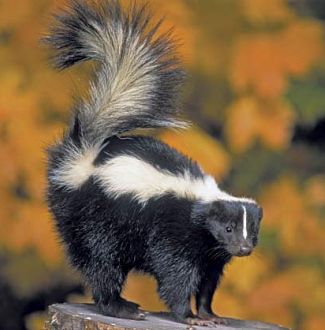 As I drove down our street this morning, to drop my son off at school, my nostrils were assaulted by the evidence that one of God’s creatures was compelled – by imminent threat or by rapidly-revolving Goodyears – to let loose a malodorous expression of its displeasure.

Even now, as I sit in my home office typing, the air quality has one overriding, pungent aspect to it…

It stinks around here.

No matter how many other pleasant scents, sounds, and scenes are outside, all are temporarily obscured by an overpowering odor that none can ignore.

Which brings me to this industry in which I work, and for which I have affection and concern.

It stinks around here.

The many contributions of the pharmaceutical industry to our overall health and well-being would be difficult to enumerate. Life-changing medicines have fundamentally altered the way we live; and for many, have given or restored life itself. But when it comes to many of the commercialization strategies, I’m afraid that the industry has shot itself in the foot.

The sales rep arms race. Spending-for-influence among doctors. Biased study results. Questionable DTC practices. Patenting incremental changes. The list could go on and on, but here’s the question: Why?

Now there’s a careful line we must tread here. All business focuses – legitimately – on growing volume and profit. That’s business; and if you don’t like it, go off in the woods and join a commune somewhere. But what should be the goal of a pharmaceutical company?

Let me propose a simple series of 5 statements:

for the right people,

used in the right way,

for the right reasons.

Actually, yes – when your commercial strategy is to grow at any cost, that is exactly what will happen.

How would this simple set of 5 statements change the way we do business?

Here’s an example. Erectile dysfunction is a real medical condition. Pfizer, with Viagra, brought it to public awareness. Competitors followed on. But now the market must be grown – somehow. So all of a sudden, the conversation is changed to erection quality, and statistics are generated to try to expand the notion of prevalency, and ads morph away from medical emphases to recreational themes.

Now, put all that next to the touchstone of the 5 statements, and it becomes clear why something stinks around here. We’ve sacrificed right use for volume. A company’s commercial strategy exposes its true values. And everyone can see what the emperor is wearing for an outfit.

Off-label promotion is a violation of the entire set of statements. Neurontin was originally approved for epilepsy. However, the folks at Parke-Davis (later acquired by Pfizer) promoted it for a whole range of other uses, such that about 90% of the prescription volume was for non-epilepsy cases. Doctors are, of course, free to prescribe off-label, but companies operate under black-and-white rules about promotion, and Pfizer eventually paid huge fines for the stench of this kind of marketing.

Much of the commercialization stink has arisen because of a drive to get new prescriptions. But if we look carefully at the idea of patients getting the right medicines at/for the right time, that should drive companies to put far more effort into patient compliance/adherence. For many patients, taking their medicines for the right amount of time – sometimes, the rest of their lives – is the critical piece, and huge numbers simply do not follow through and continue their prescriptions. Better strategies to address this major health concern (and incidentally, huge potential source of profit for drug companies) would go a long way toward creating more good-will and encouraging responsible use of pharmaceutical products.

We could go on and on but you can fill in the blanks yourself with many other examples. Many good people and good companies operate under the cloud of stench produced by this self-inflicted spray of misguided commercial strategy. It’s a shame that it stinks around here. But let’s not point fingers elsewhere to find the cause.

Here is the challenge I present: Will any company take these 5 statements, post them in their boardrooms and front lobbies, and actually conduct business by them? What a breath of fresh air that would be – for employees, healthcare professionals, and patients alike!

It’s pretty simple, really – if you love the gold more than the Golden Rule, you’ll stink. No P.R. strategy or cover-up will save you. You’ll invite government regulation like flies attracted to…well, dead skunks. Come to think of it, I’ve got to go close the window now…