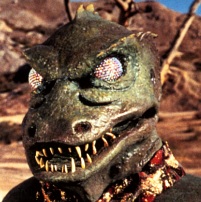 This group will address the unmet and potentially vast healthcare needs of visitors from other planets.

“We evaluated all possible future growth areas, and saw this as a natural extension of our plan to attain worldwide – even intergalactic – hegemony, “said Geoff Spindler, CEO of Pfizer. “Currently, no-one is focusing on this potentially huge marketplace, and we wanted to exploit a first-mover advantage.”

The new division, to be headquartered just outside of Roswell, NM, will be led by newly-named president Zyblorg-7, who was recruited from the planet Neuronton after a massive interplanetary effort by search firm Katen & McKinnell. Zyblorg-7 (generally referred to as “Zy”) had this to say about his new assignment:

The division’s first product, Lipitorg, is targeted toward reducing high levels of cholesterol in interplanetary travelers – assuming, of course, that they have cardiovascular systems and eat an excess of fatty foods. Next in the pipeline is Viag, a novel treatment for Ereptile Dysfunction. 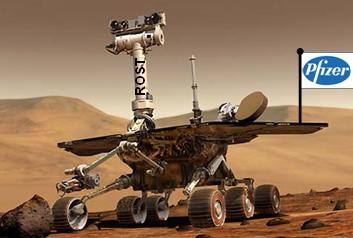 “We are very excited about this approach, and we are also announcing today a strategic alliance with NASA to promote our new Alien Health division,” added Spindler. “In fact, the next Mars Rover will be sponsored by Pfizer, and will be renamed the Rost Rover, after one of our illustrious former employees, a former resident alien from Sweden, who really seems to already be on another planet.”

When asked about how many aliens are enrolled in clinical studies in the Roswell facility, a shroud of secrecy suddenly descended on the press conference, and the only response was a crisp “No comment.” 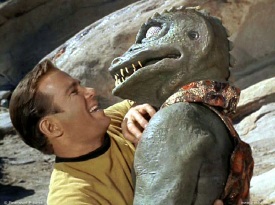