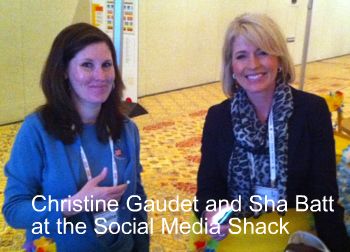 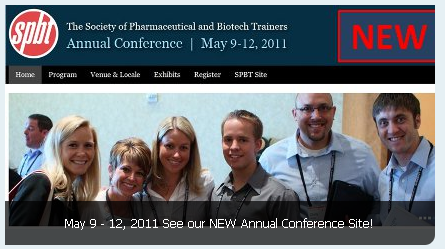 Last week, I had the privilege of taking part in the annual SPBT (Society of Pharmaceutical and Biotech Trainers) Conference (Orlando this year – but next year, New Orleans!)

My review will consist of scattered thoughts on topics that stood out to me. So, here we go…

Facility: we were housed at the Rosen Shingle Creek Resort. The place was humongous, with a great variety of restaurants and bars, and capacity to accommodate multiple events easily. It is more of a corporate destination than a family resort, but if you do like golf and poolside lounging – well, you’ve got that big time at the Creek. Plus, my reserved room wasn’t ready upon check-in so I got upgraded to an executive suite. No, I did NOT argue – especially since my bride of 30 years came down for a few days afterward and we got to remain in the suite (thanks, front desk folks)!

Did you know that Orlando’s Shingle Creek is the headwaters for the Everglades? Neither did I.

Organization: I will make a prediction right now: next year’s SPBT event – and all that leads up to it – will be very different from what we’ve seen in the past! We’ve had some transition during 2010/2011 and I think that new directions being set by Managing Director Kevin Kruse, President Mike Capaldi, and others will be very exciting. This year’s show seemed quite well-organized, and it was good to see Scott Sauve, Christine Gaudet, and Miki St. Clair (among others) actively making things run smoothly. There’s a lot of fresh thinking going on behind the scenes. Stay tuned!

Exhibit Hall: This year, the facility layout allowed the exhibit area to be right next to the main ballrooms, plus all the workshop rooms were in easy walking distance. We’ve had some difficulties with layout in past years but this event was optimal for creating booth traffic. Booths continue to be more modest in size compared to some of the go-go growth years. And, as expected, there were lots of iPads about, with various proto-apps being shown. I maintain that iPad development will be one of the few bright spots in training development over the next two years.

It was great to see my pals from Advantage Performance Group exhibiting for the first time at SPBT!

Keynotes: Dan Pink, author of the book Drive (among others), was fabulous. And while it was good to hear directly from Jim Lovell (of Apollo 13 fame – a wonderful milestone in our space program), his talk was little more than a re-telling of the tale you saw in the movie by Tom Hanks. Yes, it’s an inspirational story, but to be perfectly honest, there was nothing in the keynote that was particularly new, instructive, or actionable. It may seem heretical to say it, but I was kind of disappointed.

Workshops: As always, a mix of really good and maybe-not-so-great. Of course, I was only able to attend a handful among the dozens offered. Some of the workshop rooms were too small (upstairs), while some of the downstairs rooms had 35-foot ceilings that swallowed up the speakers and acoustics. For people in the sales training business (both client and vendor side), I’m still perplexed by how many don’t create immediate audience engagement through skillful storytelling; and there is still far too much Powerpoint-as-data-delivery-device going on. Sigh. (note: Brian Lange’s session on Rock Star Openings was a great example of audience engagement and actionable info – I actually made changes to my next-day workshop on Advancing your Career Through Social Media based on Brian’s content!)

Social Media: There is slow uptake of social networking among pharma professionals, and still plenty of hesitation as evidenced by the attendee input during my workshop. The Social Media Shack in the exhibit hall did have some visitors, however, and some folks got started on Twitter during the conference. The good news is that much of the new leadership “gets” social media and is helping to raise the profile of digital networking. I put up a link with some networking resources, including an updated e-book on getting started with social networking, as a follow-up. SPBT on Twitter, by the way, is @spbt_tweets.

Networking: The great value of SPBT for me is the networking, with colleagues new and old. It was absolutely non-stop this year, including two very enjoyable dinners out (thanks to my friends at Verilogue, and Yukon Group). After about 15 years of rubbing shoulders with him at SPBT gatherings, I got to have an in-depth talk with Jim Trunick (Allergan) during one of those evenings and was delighted to see how the passion to excel still burns bright in him.

Our industry is in transition, and SPBT is in transition as well. I’m looking forward to seeing where some new ideas and approaches take the organization in the coming years. Can’t wait for New Orleans in 2012 (though Orlando sunsets are hard to beat)! 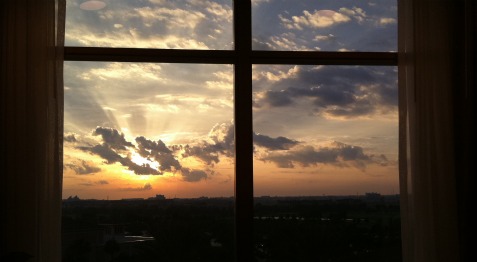