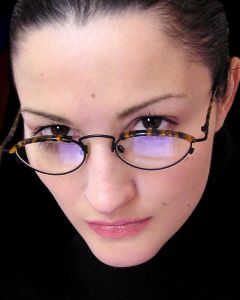 Behemouth Pharmaceuticals today announced it is reducing its “carbon footprint” by letting go 1,000 field sales representatives across the world. According to a company spokesperson, Behemouth was looking to re-align its cost base with both revenue and global warming predictions, thereby creating a more holistic and synergistic strategy going forward, in an ongoing effort to achieve a new model of business transformation through random reductions. Most experts interpreted that to mean…layoffs.

Behemouth figures that this “employee offset” would allow it to help save $750 million/year, and help save the environment, since the human body is about 18% carbon (or about 16 kg per employee/unit).

“We wanted to do our part as good global citizens,” stated Amber Wavsofgreen, President and CEO of Behemouth, shown here with her best-ever stern look. “Our former corporate mission statement, ‘More Pills, Fewer Bills,’ dictated that we do more with less. Then we added ‘and greener hills‘ (at the advice of one of the Big Three environmental consulting groups), and it was clear what we needed to do. At least 1,000 carbon-containing units will be removed, starting with guys named ‘Bill’ and moving on from there.”

The carbon reduction for Behemouth will be substantial, particularly since each sales representative unit also pumps an inordinate amount of CO2 into the atmosphere, due to company car use, 30-second details, and the mere act of breathing. “In fact,” added Wavsofgreen, “we’ll be implementing rep carpooling, company mopeds, and a new strategic alliance with UPS whereby our reps just hitch a ride on the big brown trucks. Those guys only have a few seconds at each stop anyway, so that fits in pretty well with our business model.”

When asked about the fact that the “offsetted” reps will, in fact, still exist, and be breathing, Ms. Wavsofgreen clarified the corporate position. “I guess that’s not our problem anymore, is it?” 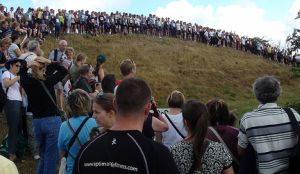