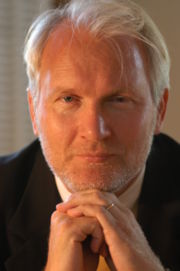 OK, that’s a low blow for a headline, but I decided to be punchy instead of polite. Sorry, Peter.

Anyway, Peter Rost, MD, aka The Whistleblower, has been working hard on uncovering wrongdoing in high places. The latest revelation – possible misdeeds in India, linked to the Pfizer/Parke-Davis transaction. You have to have some time on your hands, and, in fact, a willingness to wash your hands afterward, but to read more, go over to the Question Authority blog.

Rost used to work for Pharmacia and Pfizer, and his exposure of marketing irregularities, which surfaced during the Pharmacia takeover, and the subsequent problems that followed, are detailed in his book, The Whistleblower (reviewed previously on this blog).

Not all of you follow pharma blogs as closely as I do, so here is the scoop: Peter’s blog has been all over the map in prior months (he even vowed to stop writing, a decision that lasted all of about a week!), but now he has a renewed focus on exposing wrongdoing in the pharmaceutical industry, and insiders (reps and others) have started approaching him with materials and stories that put a harsh spotlight on some companies and individuals. The Zubegate scandal at AstraZeneca was first brought to the surface on his blog. Peter has thus become a “rock star” among some of the pharma bloggers that love dishing dirt, or at least, reporting headline-worthy news. So be forewarned – Question Authority is not a blog where you will find industry cheerleading!